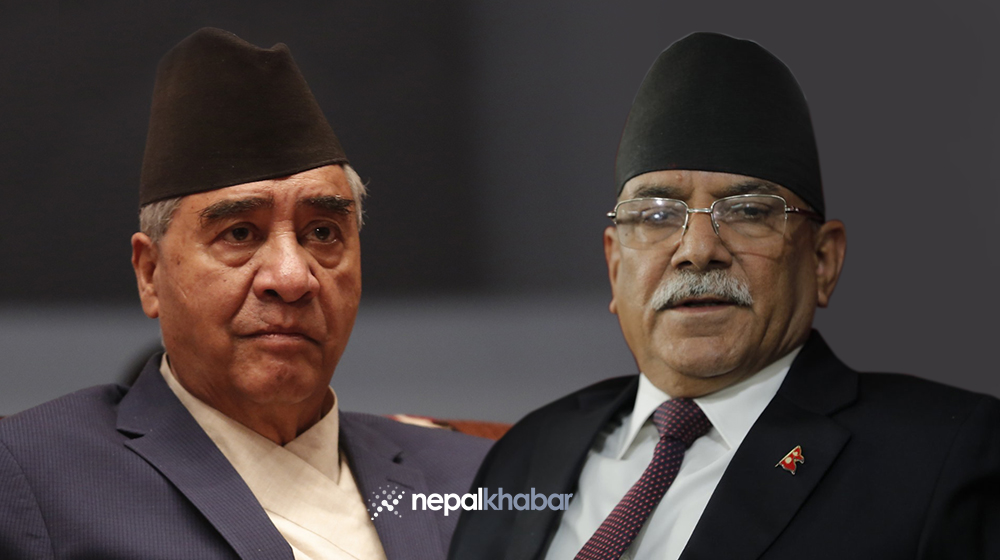 The heavyweights discussed the contemporary political scenario including election outcomes, according to Prachanda's secretariat.

The meeting comes at a time when the vote counting is entering final stage and discussions have already started over the formation of a post-election government. It requires at least 138 seats in parliament to form the new government.

The vote counting results show that not a single party is going to muster a required number of seats to form the government.

The Nepali Congress looks upbeat about keeping the existing ruling alliance. However, the ruling coalition won't have required number of seats. Hence, they should bring other fringe parties on board to secure a clear majority.

Deuba and Prachanda both have projected them as the next prime minister.

The two parties went into polls under an electoral alliance. The Congress party has emerged as the largest party with 50 seats while the CPN (Maoist) is in the distant third position with 16 seats.

CPN (Maoist Center) leaders have concluded that the electoral alliance did not really benefit them in the November 20 polls.

As polling results are entering final stage, trend shows that Maoist Centre, Unified Socialist and Janamorcha candidates are far behind in vote tally while most Congress party candidates won elections. That means, the votes of Nepali Congress, the chief ruling party, were not transferred to other coalition partners including the Maoist Center.