US perceives China’s path, theory, and system not as trustworthy 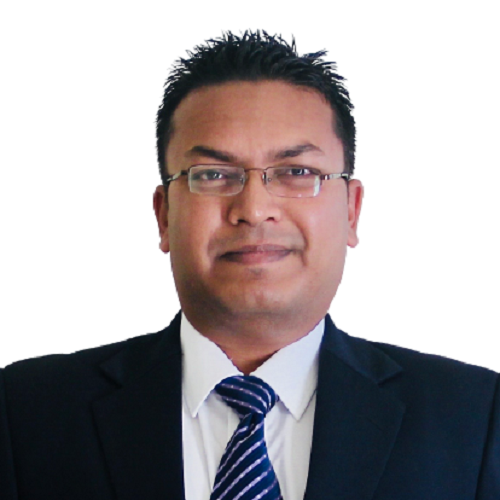 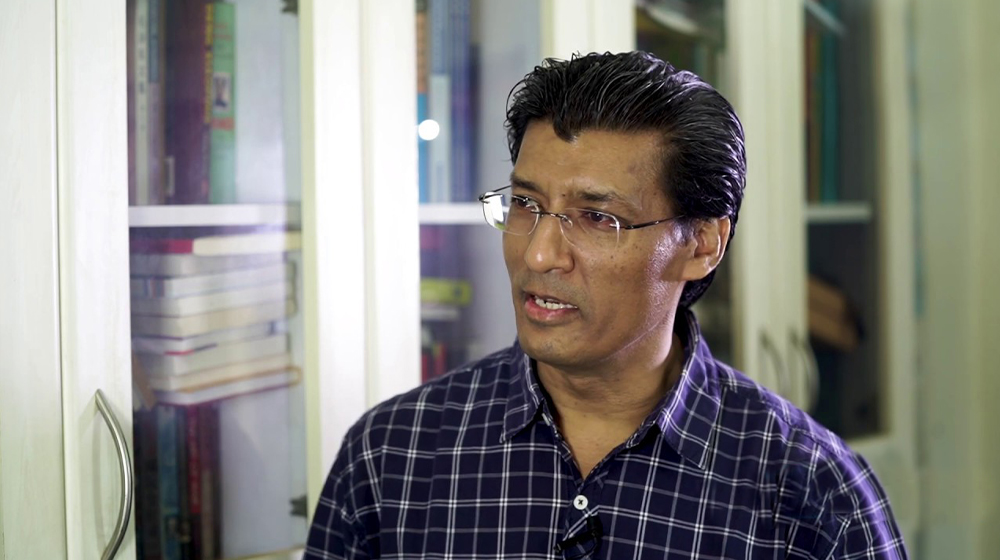 Dr. B. R. Deepak is a professor and chairperson at the Centre for Chinese and Southeast Asian Studies, Jawaharlal Nehru University, New Delhi. He was trained in Chinese history and India-China relations at the Peking University, Chinese Academy of Social Sciences, Beijing and University of Edinburgh, UK.

His recent publications include China and India: Dialogue of Civilizations by Pentagon Press (2021) and India and China: Beyond the Binary of Friendship and Enmity by Springer (2020). Nepalkhabar recently talked to Prof. Deepak about the 20th National Congress of the Chinese Communist Party. Excerpts:

How do you look at the ten years of Xi Jinping’s tenure as the president of China?
We can evaluate it from a couple of perspectives. If you see from the political perspective, then, especially during the second term, it is the tightening of the political control and giving supremacy to Xi Jinping’s thought. It is for this reason, we hear Xi talking about the “red genes” and the not allowing anyone to change the “red colour of the country.” By incorporating “Two Establishes” and “Two Safeguards” in party’s theory, makes “Xi Jinping at the core” and his thought sacrosanct. Therefore, it is going to be the “line and banner” of Xi Jinping’s thought which the CPC will be holding high at least as long as Xi dominates the political scene in China. This has also made people believe that China in Xi Era has further leaned towards the left.

As far as economic front is concerned, Xi Jinping has not done that bad. If we look at the statistics when he took charge of the party, China’s GDP was around 8.5 trillion US dollar, which during 10 years of Xi Jinping reign has been catapulted to roughly around 17 trillion. Of course, if you compare it to the previous eras of Hu Jintao and Jiang Zemin, which was the era of deep globalization, it looks not that impressive. The kind of massive growth China witnessed during those years was unheard of anywhere in the world. Nevertheless, during Xi’s rule, the economy grew roughly by five to six percent, which is still impressive. The last three years have been particularly bad, owing to the pandemic and lockdowns in China.

But if we see China’s infrastructure development, especially the construction of 40,000 kilometres long speed rails during these ten years, it is astonishing. The pace of urbanization is equally impressive. When Xi took over, around 52 percent of China’s population lived in urban areas, by 2022, the same reached about 65 percent. I think two of Xi’s most significant achievements remain the anti-corruption campaign during his first term and poverty alleviation during the second term. About 100 million Chinese people were alleviated from poverty by 2020. And in 2021, China declared that it achieved the goals of moderately prosperous society.

What are the challenges and opportunities for Xi Jinping during his third term?
As far as the challenges are concerned, obviously economic challenges are very serious in nature. These are also of the challenges, Xi faced during his second term. If we look at the growth pillars of Chinese economy, these are exports, real estate, FDI and stable currency. Presently, all the three are riddled with problems. The exports have been shrinking, also due to the structural adjustment. The real-estate bubble has already burst and the mortgage crisis has added salt to the injury. We may recall that almost 45 percent of the GDP was invested in real estate and infrastructure by China as this yielded high returns on the investment.  This sustained a labour force of 300 million strong migrants across China’s urban clusters, as a result a 400 million strong middle class was created that pushed domestic consumption, mostly by parking almost 70 percent of their wealth in real estate. I think, in the long run, it was not sustainable. And that is exactly what happened. SMEs were another backbone for guaranteeing rural and urban employment, but Xi Jinping’s crackdown on bigtechs and his advocacy of “one industry, one enterprise” has hinted the creation of bigger state owned conglomerates. It is, perhaps, owing to these developments that Wen Tiejun, a leading agricultural economist in China, has called for the creation of an “independent, localized and state owned economy.” Unemployment in another issue which has jumped to over 19 percent recently. The Yuan has also seen massive depreciation; this year alone, it depreciated by 12 percent. All these factors are going to have decent effect on China’s GDP. As far as opportunities are concerned, I think China still has over capacities, it has expertise, and some of the most resilient supply chains that could be exported to developing countries to have win-win cooperation. Since, China’s economic base is huge, I think even if China maintains a moderate growth of three to four percent, it will still manage to pump billions of dollars into its economy. Therefore, the realization of the second centenary goal doesn’t look that problematic, albeit the grey rhinos could derail such a scenario, however, for now I rule out that possibility.

China’s economic resilience offers big opportunities for the region, because economic integration through connectivity has been the success story so far. Look at the kind of integration with Southeast Asia, Northeast Asia, and South Asia. China has replaced US as the biggest trade partner of over 130 countries around the globe since 2013. With the ASEAN alone, China’s trade volume is more than USD 800 billion. The United States still remains one of the largest export destinations, followed by the EU. Though the West has been talking about decoupling, Scholz has been visiting China, providing China stakes in the Hamburg Port, and investing over 10 billion dollars in China during the pandemic years. The decoupling may happen in some sectors where rivalry over leadership is at stake, but as such I don’t think West would like to think about the ghost of decoupling with China. China’s courting of the developing countries needs to be watched carefully, its new concept word –Chinese style modernization, essentially denounces the western model of development, and projects China’s model as the best one that will help developing countries to build production capacities and alleviate poverty.

How do you look at China’s relations with India, the US and Taiwan during his third term?
I think, as far as China's relationship with India is concerned, I have been talking about that the kind of equilibrium and understanding India had with China during the deep globalization, had been lost completely, primarily due to widening asymmetries in terms of technology and economy. To find a new equilibrium, I think it's going to be problematic and China will continue to deny India space in the region and beyond. The way India has been talking about mutual respect and security with China, that’s exactly what China is talking to the US. But the US finds China’s path, theory and system not so trustworthy. In fact these have become part and parcel of the US-China ideological battlefield.

But having said that, United States and China, have huge stakes in each other’s economies. And if you see the number of American companies who have invested in China in the last four decades, it’s huge. Almost 70,000 American companies are doing business in China that generates almost USD 700 billion. This handsome sum provides employment to millions of people in the US as well as China. I don't think decoupling will happen in short term or even midterm. In long term, perhaps it is possible as the US has already started to decouple from China in the high-tech sector. The CHIPS Act is just an example, dissuading US citizens, including green card holders from doing business or helping China in the semiconductor sector. But China has invested billions of dollars in semiconductor sector, it is totally independent in some of the sectors where huge capacities and data processing is not required, say the new energy vehicles. It is the hi-tech sector, where we will see a protracted contest between US and China. As regards the geopolitics of the region, I think battle lines are clearly drawn, and we see them in a playing in South China Sea and Taiwan straits.

As far as the Taiwan question is concerned, I don't think both will fight a war. China will draw its own red lines in Taiwan and the US will draw theirs. Moreover other players in the region like Japan, Australia and to some extent India being part of the QUAD will formulate coordinated policies and approaches in the region. Nonetheless, the unification of the Taiwan remains an unfinished agenda from the perspective of the CPC, therefore, many may speculate that China will unify Taiwan, perhaps in 2024, when Taiwan and United States will go to election, or maybe before the first centenary of the founding of the PLA in 2027.

In the long run, it could be 2035 or 2050 if at all the time line of rejuvenation of the Chinese nations is taken into account. I think at this point in time, both the United States and China are unlikely to face off over Taiwan, especially the military face-off, because China at this point in time, still has some distance to travel. The way Russia-Ukraine conflict has unfolded, an invasion of Taiwan is capable of depleting Chinese force never seen before.

How do you look at China's engagement in South Asia apart from India during Xi’s third term?
Both China and South Asia need each other. China is an important player in the region and remains largest trade partner of most of the countries. China's foreign policy and its pillars building a community of shared future for mankind and building a new type of international relationship are in discourse for quite some time. The latter has two more flanks in the form of major power diplomacy and the diplomacy with all BRI countries.

The relationship with the BRI countries doesn’t talk about mutual respect, rather the emphasis is on affinity and mutual benefits. China's over capacities, expertise and technological know-how would be welcomed by the developing countries and the smaller neighbours of India, are no different. Their partnership with China and India will continue to grow simultaneously. However, the kind of investment China made during the first phase of the BRI, I think that phase is definitely over. The years between 2013 and 2018 witnessed massive Chinese investment in countries like Pakistan, Bangladesh, Sri Lanka, Nepal.

Faced with its own internal challenges, the emphasis of China is going to be high-tech development which I believe will focus on enhancing capacities in these countries in the field, say digital technology, e-commerce, agricultural machineries as well as the green development.

There would be a continuous engagement of China with these countries. But I think the modus operandi is going to be very different and these countries would continue to be taking advantage of all or rather seeking opportunities in China's developments, its technological superiority, the manufacturing model, which China wishes to share with some of these countries. On the other hand, since the market in these countries is very limited, China would also not be committing too much as it did during the first phase. 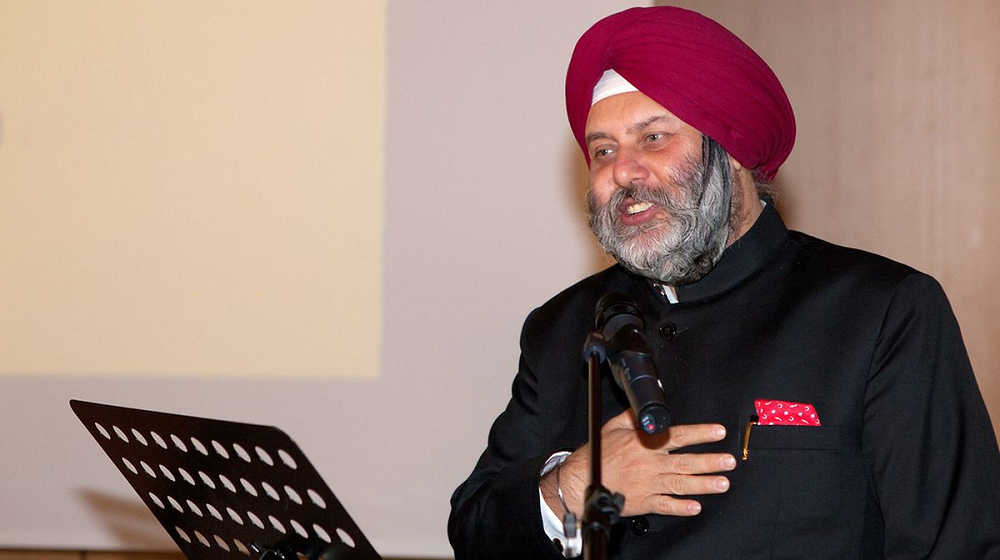 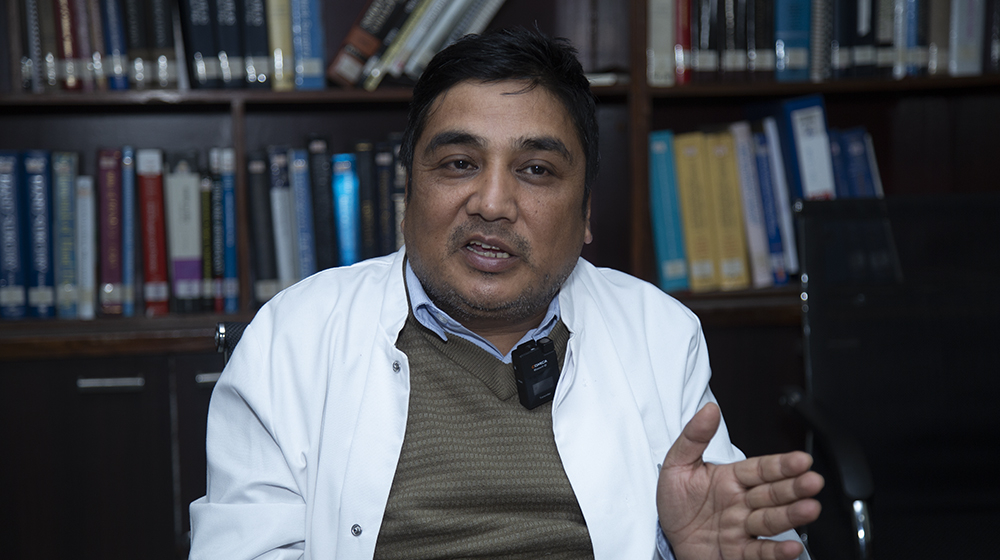 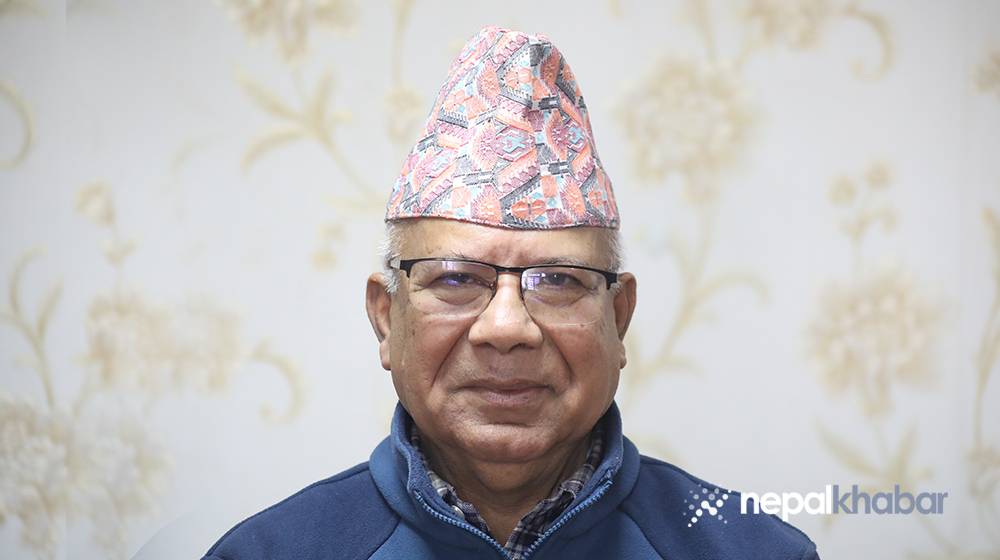 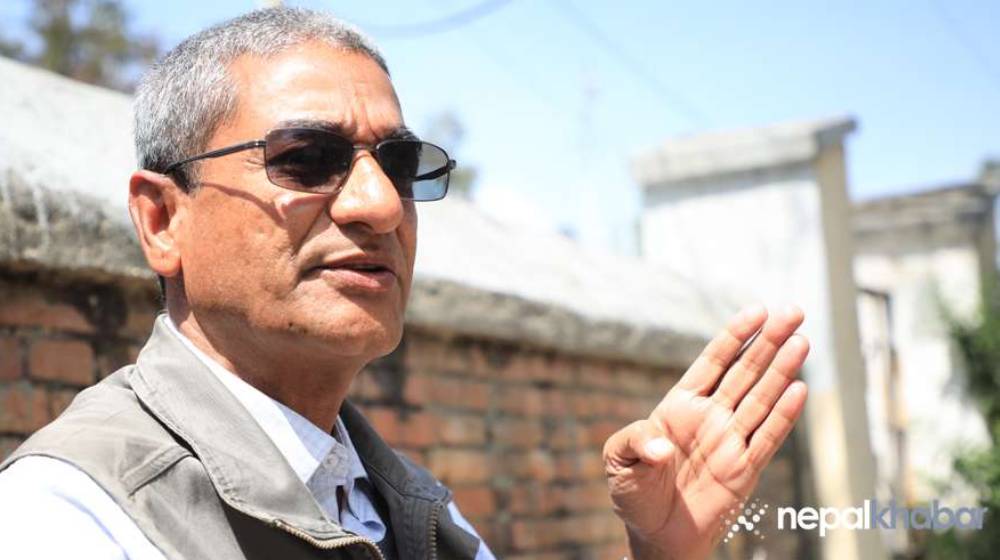